Finding a Message in the Bottle Treasure 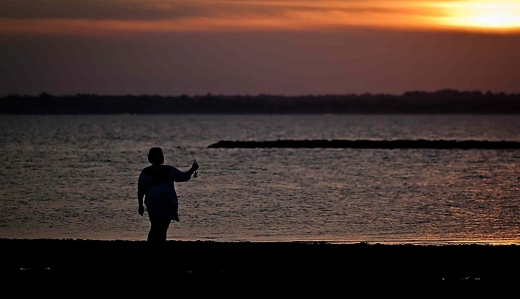 Walking near the shore is an opportunity for self reflection and fully absorbing the surroundings. The question I raise is "Would this have happened to me if I was deep in conversation with another?"

Coca-Cola Website "One Bottle Found, One Yet to be Found".

"One bottle found, one yet to be found"

During a walk at Long Beach in Stratford I found an unexpected treasure. Laying at the high tide line was a bottle sealed with a cork and a note rolled up inside!

My first reaction was not to just open it, but to share the experience. I walked over to three people and showed them the bottle, Their reaction was “Are you really going to share this with us?”

We read that Luca Fusco, a 9 year old boy in Fairfield assembled the bottle. Luca wrote, “I wanted to see where this bottle ends up…. Keep the stuff I put in there.  Have a nice day.”

I emailed Luca He replied “ I am so glad that you found it … Me and my dad had a fun time making the bottle and we are glad that you had fun finding it.“

Luca’s mom said, “Luca just woke up that morning and was determined to send a bottle. Who knew it would turn into something so special! “

In this electronically driven world, hearing about a boy who spends free time without technology is inspiring.

Following Luca’s lead I added a second message to the bottle and returned it to the water at Long Beach in Strratford, CT.

The bottle is yet to be found. Will the finder be you?

Update!  The bottle was found once more.  It traveled across the Long Island Sound to Port Jefferson, NY.